Where is Redwood National Park? What city is Redwood? How do I get to Redwood | Where is Map
Skip to content 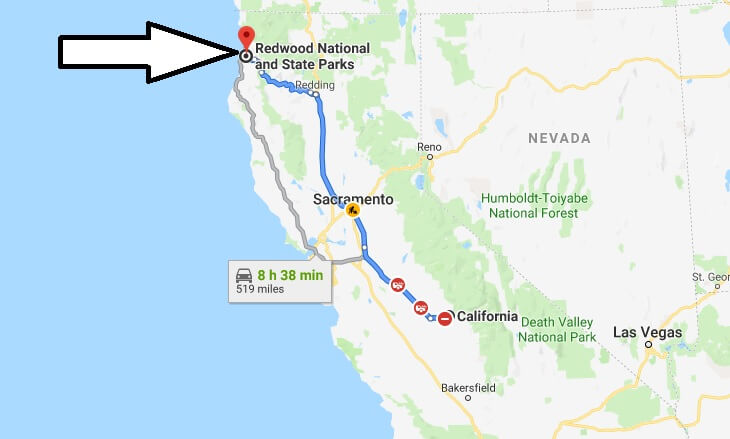 Where is Redwood National Park?

State Of California
Type National Park
Location located on the Pacific coast in Northern California
originally founded Jedediah Smith State Park (1929), Prairie Creek Redwoods State Park ( 1923) & Del Norte Coast Redwoods State Park (1925)
1968 merged and expanded into today’s National Park
Brief information the National Park still consists of the three Californian State Parks and national parks, which are managed together. With its Redwood forests, the Park includes among others the largest and probably oldest trees on earth, as well as Prairies, oak forests, coasts and an interesting marine ecosystem. The Park is a UNESCO world heritage site.
Visitors the main season extends from June to September.
Size approx: 400 sq km
Open all year round, in case of storm, individual roads can be blocked at short notice

What city is Redwood?

Travel the Park is divided into four areas: Joshua Smith & Del Norte Coaste State Parks are located at Crescent City (bus connection), the actual national park and Prairie Creek are located along the US 101 between Klamath and Orick. In addition to Crescent City, the starting point is Eureka (here also airport).
The US 101 is driven by Greyhound. There is no public Transport In the State Parks, no public transport in the Park.
Admission to the National Park is not charged, but the State Parks charge a usage fee.
Facilities 5 visitor centers in the National Park and each in the State Parks.
more than 300 km of hiking trails as well as individual roads
the Parks have campsites, Redwood has a youth hostel (AYH)
other accommodation near the Parks (e.g. Crescent City)
Food available in the Park
Of course, the focus is on the gigantic trees, some over 100 meters high.
Good viewpoints are Elk Prairie and Klamath Overlook.
Interesting roads include Newton B. Drury Scenic Parkway, Gold Bluffs Beach and Howland Hill Road.
Rewarding walks lead to Ladybird Johnson Grove, Tall Trees Grove, Big Tree, Yurok Loop, Enderts Beach, Stout Grove or Simpson-Reed Grove.
Near Klamath is the tree through which you can drive through by car.

How do I get to Redwood

What is the closest city to Redwood National Park?

Where Redwood National Park is located?

Where is the best place to see the redwoods?

Where is the redwood tree that you can drive through?

What is the best time of year to visit the redwood forest?

Where do you fly into for Redwood National Park?

What can you do at Redwood National Park?

How far are the redwood trees from San Francisco?

Are there bears in Redwood National Park?