Flag of Burma (Myanmar) | Where is Map
Skip to content 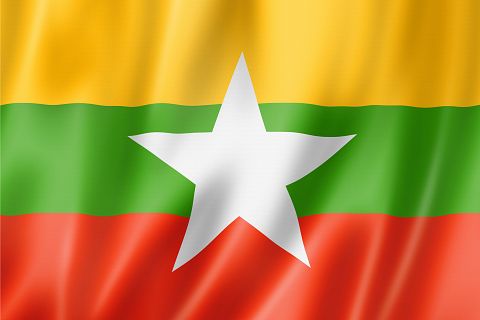 Burma is a state on the Indochinese peninsula bordering the Bay of Bengal. It has been independent since 1948 and was formerly a British colony (the country was occupied in 1885).

This country is bordered to the North by the Chinese mountains of Yun-nan and Tibet, to the Northwest, to the West by India (Assam) and Bangladesh, to the East by Laos and Thailand. Burma has an area of nearly 678,500 km2 and a population of about 43 million.