Flag of Brunei | Where is Map
Skip to content 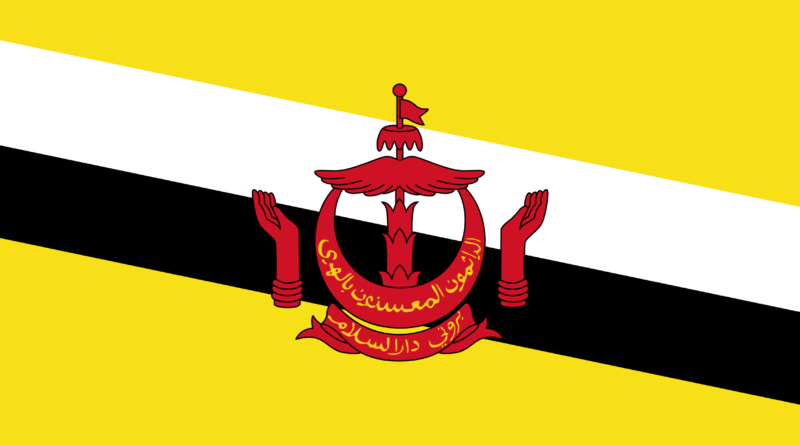 Brunei is a state located in Southeast Asia, bordering the South China Sea and enclosed, in the north of the island of Borneo, in the federated state of Sarawak, which belongs to Malaysia.

The country is fertile and has a humid tropical climate, which puts it outside the typhoon zone. With an area of 7,765 km2, it is divided into two parts of unequal areas located on either side of Brunei Bay. The largest, to the West is completely flat. The terrain of the eastern part, flat along the coast rises towards the South and reaches, after an area of hills, a mountainous region whose highest peak (at Brunei) reaches 1850 m at the Bukit Pagon.