Flag of Bhutan | Where is Map
Skip to content 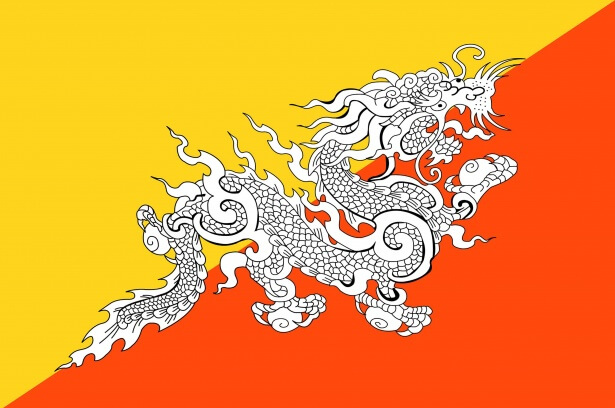 Bhutan is an independent state of the Eastern Himalayas, bordered to the North and East by China (Tibet), to the South By The Indian state of Assam, and to the West by the Sikkim, which is also part of India.

Bhutan as a whole is a massif of terraces and high, rugged mountains, whose sites are grandiose; the highest point is the Kula Kangri (7553 m). The numerous streams of Bhutan, all directed towards the South, hardly make a passage through narrow parades, cut off from precipices, to finally reach the Brahmaputra. The most important is the Manas, a deep river that flows from North to South through the eastern part of the country and goes to the Brahmaputra after receiving the Tangtsu. The other rivers worthy of mention are the Machu, the Torsha, the Manchi, the Dharba, tributaries of the Brahmaputra.