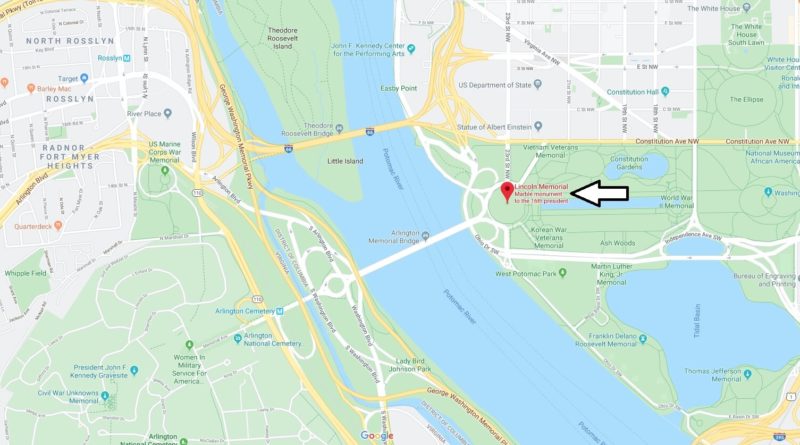 Where is Lincoln Memorial?

He is considered the liberator of the slaves, and Some of the Nation after the civil war. Abraham Lincoln is certainly one of the most inspiring American presidents and was the 16th incumbent at the time. The president was so popular that after his assassination in 1865, there was an immediate call for an appropriate monument. His monument has since become a rallying point for the civil rights movement.

It is built in the style of Greek Doric temples and was completed in 1922. The 36 pillars symbolize the 36 states that formed the United States during Lincoln’s tenure. Later, the names of all 48 US states were carved around the roof of the monument.

The monument is so iconic that it can often be seen in films. James Stewart was inspired by this monument in the movie “Mr. Smith goes to Washington”, it is ominously overshadowed by an Alien spaceship in “Independence Day” and can also be seen in “Forrest Gump”. From” Logan’s Run “to” Planet of the Apes”, the monument has already made many film appearances.

The first thing you’ll notice are the inscriptions of two of Lincoln’s most famous speeches – the Gettysburg Address and his second inaugural address. The monument is a place known for historical speeches. In 1963 Martin Luther King gave his speech “I have a dream” in front of this monument.

What states are listed on the Lincoln Memorial?

Why is the Lincoln Memorial so important?

What is unique about the Lincoln Memorial?

What is wrong with the Lincoln Memorial?

What are five facts about the Lincoln Memorial?

Why are there 58 steps at the Lincoln Memorial?