Flag of San Marino | Where is Map
Skip to content 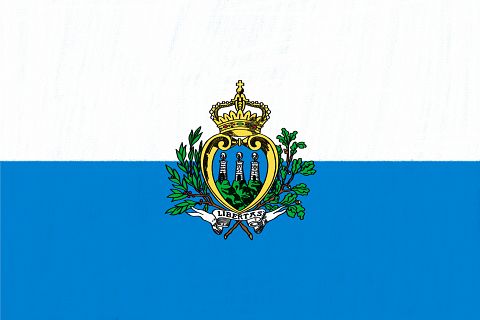 San Marino (Italian: San Marino) is a republic in central Italy. It is the third smallest state in Europe after the Vatican and Monaco, with an area of 61.2 km2,

situated on the flanks of an Eastern branch of the Etruscan Apennines (Mount Titano, 738 m), which separates from the Alpe della Cuna and ends at the Adriatic Sea, south-southwest of Rimini, between the provinces of Pesaro E Urbino and Forli; 29,251 inhabitants (East. July 2006). The Republic of San Marino is watered by the small coastal rivers Ansa and Marano and the small river San Marino which flows into Marecchia, a tributary of the Adriatic.