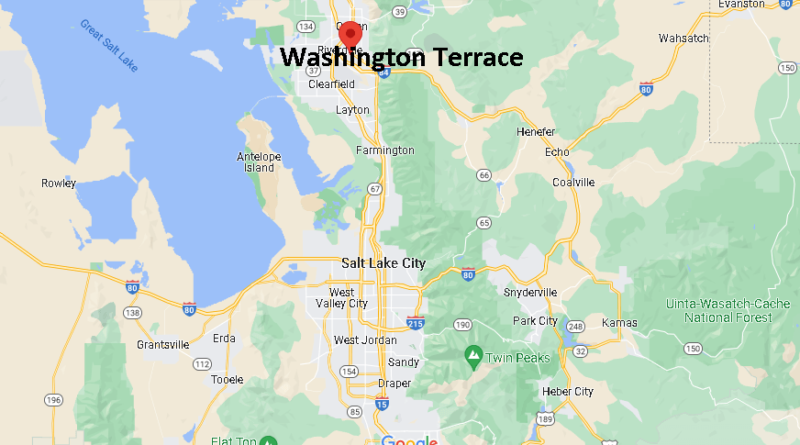 Washington Terrace is a city in Weber County, Utah, United States. The population was 9,067 at the 2010 census. It is part of the Ogden – Clearfield, Utah Metropolitan Statistical area.

Washington Terrace had its foundations when it was developed in 1948 from a wartime housing project. George Herman Van Leeuwen was instrumental in obtaining the land from the federal government and acted as chairman of the board of directors. Due to its role in organizing the community, it was proposed to be named VanLeeuwenville, which was rejected for a variety of reasons.