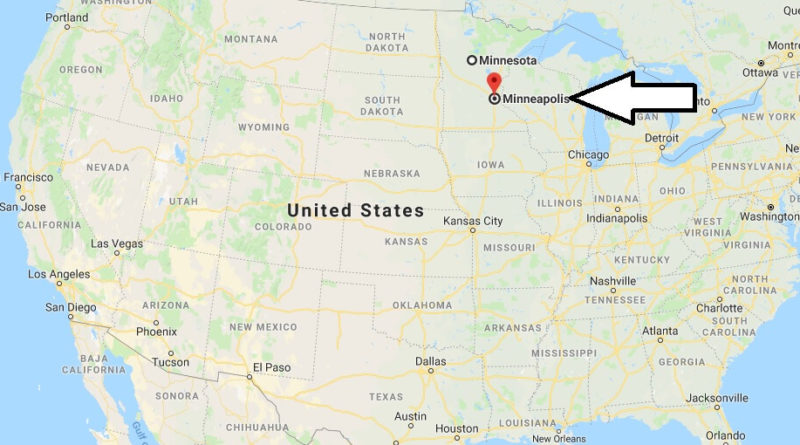 Where is Minneapolis, Minnesota?

The area described here includes the Counties of Hennepin, Carver, Dakota, Scott and Wright with the cities of Minneapolis, Bloomington, Brooklyn Center, Buffalo, Chaska, Eagan, Eden Prairie, Hastings, Maple Grove, Monticello, Plymouth and Shakopee. It is located in the Eastern part of Minnesota.

What County is Minneapolis?

In Minneapolis, the western part of the two twin towns on the Mississippi River, cultural events and historical heritage combine in a modern, vibrant city, surrounded by numerous lakes (around 938, including 24 in the city area). In the first half of the 19th century the area was a military restricted area (Fort Snelling), only from about 1850 began the civilian settlement. In 1867 the town rights were granted, in 1872 the merger with the neighbouring St. Anthony. The city experienced industrialization and rapid population growth. Nearby is Bloomington with the Mall of America one of the largest shopping mall in the world, a modern world of leisure and consumption. Eden Prairie is a suburb of Minneapolis, but there are also many lakes with a high recreational value. Eagan, Eden Prairie, Maple Grove and Plymouth are four of the most prosperous places in the US. In addition to Bloomington, Chaska and Shakopee are among the most prosperous cities of Minnesota.

Flights to Minnepolis
Delta Air Lines offers flights from Minneapolis to Europe with destinations in Amsterdam, London and Paris.
Air France flies to Minnepolis from Paris, KLM from Amsterdam, Aer Lingus from Dublin and Icelandair from Reykjavik.
There is a seasonal connection between Frankfurt and Minnepolis with Condor.
However, there are no year-round direct flights from Germany, Austria or Switzerland to Minnepolis.
From Frankfurt you can reach Minneapolis with a one-time change with American Airlines via Charlotte and Dallas, with Delta via Atlanta, Detroit and New York City as well as with United and Lufthansa via Chicago, Denver, Houston, Newark, San Francisco and Washington.
From Munich Connections with American Airlines on Charlotte, Delta through Atlanta and with United / Lufthansa via Chicago, Denver (LH), Houston (UA), Newark, San Francisco, (LH), and Washington are.
From Düsseldorf, there are connections with Delta via Atlanta and with Eurowings via Newark.
From Stuttgart there is a connection with Delta via Atlanta and ab Berlin-Tegel with United via Newark.
From Vienna there are connections via Chicago, Newark and Washington with United / Austrian.
From Zurich, you can fly with American on Philadelphia with Delta via New York City and United via Newark and San Francisco.

Why do they call Minnesota the Twin Cities?

What part of Minnesota is in Canada?

How far is Minneapolis Minnesota?
Are there really 10000 lakes in Minnesota?