Thimphu Map and Map of Thimphu, Thimphu on Map | Where is Map
Skip to content 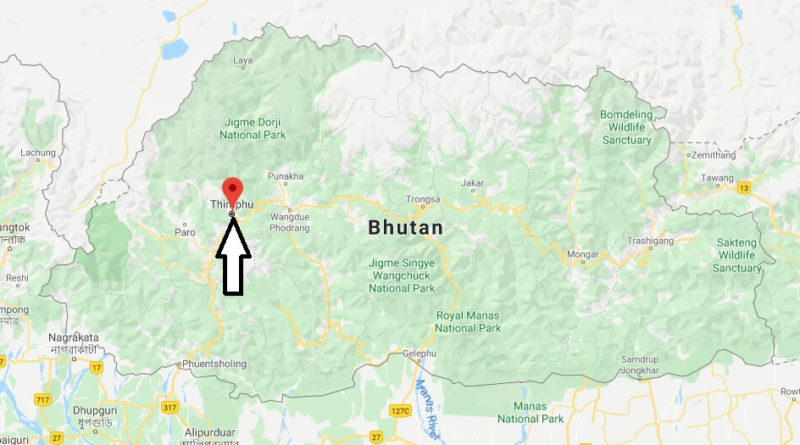 Thimphu. It is the capital of Bhutan and the homonymous district, is the most inhabited city and also the largest economic center in the country, where agriculture accounts for 45%. The city is located by the Chu River (Wang Chu). It has an estimated population of 74,175 (2006).

The city is reduced to a few paved streets, buildings of three or four floors at most, restless pedestrians dressed in traditional costumes (gho, for men, and Kira, for women) and some road traffic, which regulates itself, since there are no traffic lights (the neighbors requested to remove them because they did not see them in their everyday landscape), nor traffic guards (except one, in the most ‘congested’ roundabout), nor zebra crossings or signs.