Flag of Sri Lanka | Where is Map
Skip to content 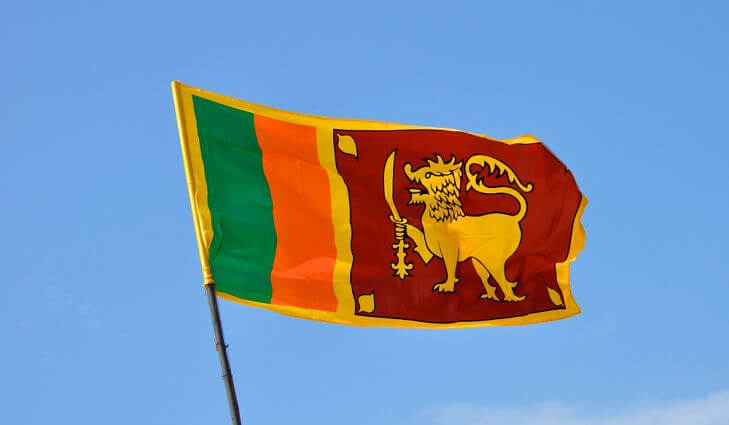 Sri Lanka (formerly Ceylon) is an island State in the Indian Ocean. It is a Republic, Divided administratively into 6 provinces and populated by 21.3 million inhabitants (2009). The capital is Colombo. Other major cities : Moratuwa, Kandy, Jaffna.

The island is separated from the southeast tip of the peninsula of India by Palk Strait, which is 120-160 km wide. The longest length of Sri Lanka, between Cape Palmyra in the North (Point Pedro) and Cape Dondra (Matara) in the South, is about 435 km, its greatest width (at the latitude of Colombo) about 220 km, its coastline development of 1340 km and its surface area of 65.610 km2.

Its configuration has the shape of a heart or better of a pear; the southern part is the widest. Sandbanks and reefs, known as the Adam’s Bridge, unite it with the mainland, which can be reached on foot during low tide. The eastern coast, on the other hand, is steep and covered with rocks. A few meters less sea would be enough to connect Sri Lanka to the coast of Coromandel.