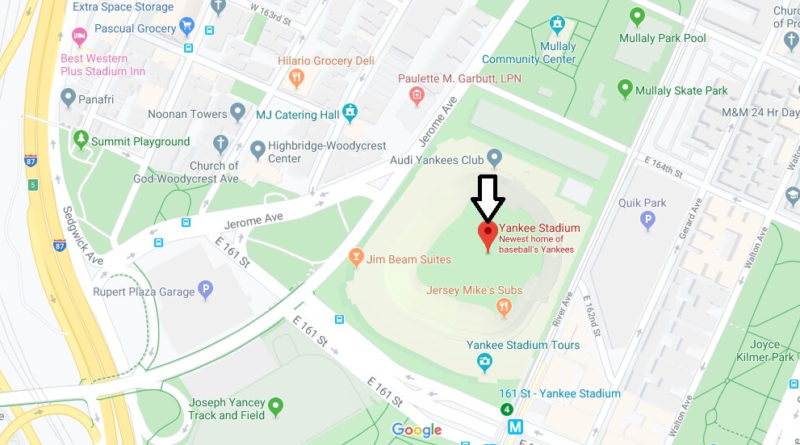 Where is Yankee Stadium?

Yankee Stadium is home to the New York Yankees and hosts Major League Baseball games in the middle of the Bronx. The stadium offers year-round sightseeing tours and is home to a large Baseball Museum. Gourmets also get their money’s worth here: during the match days, Fans can enjoy high-quality Steaks at NYY Steak, an exclusive restaurant in the stadium. To commemorate the Yankees ‘ 27 World Championships, NYY Steak offers 27 wine variations.

Yankee Stadium is located in the Bronx District of New York. It can be reached in about half an hour from Manhattan. The first Stadium was built in 1923 and the current Yankee Stadium opened in 2009. The old building was demolished in 2010. Today, with a construction cost of 1.5 billion dollars, it is the most expensive sports facility in the world. The new Stadium is very similar to the old stadium. Like the old one, it has a granite facade and the metal friezes under the roof.

The Stadium almost has up to 49,642 seats at a Baseball game. Until the completion of the New York City FC (MLS) stadium, it will also be used for football games (Soccer). During a football match almost the stadium 27,528 to a maximum of 33,444 seats.

What street is Yankee Stadium?

When was Yankee Stadium built?

Can I bring a water bottle into Yankee Stadium?

What is the oldest baseball stadium?

Is the Yankee Stadium area safe?

When was the last game in old Yankee Stadium?

How long is a baseball game?