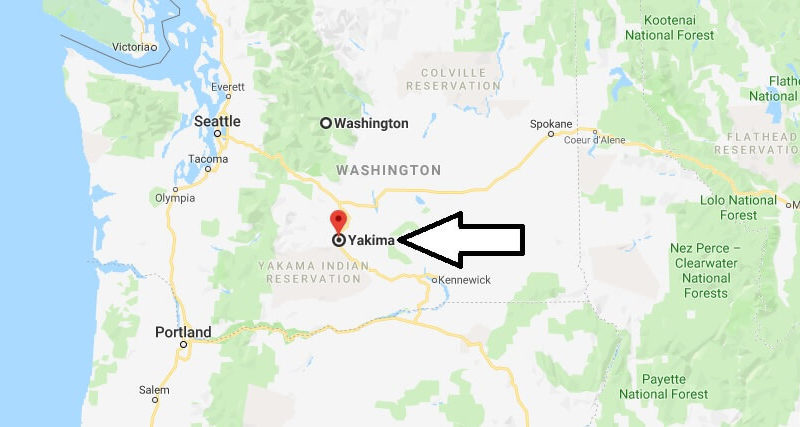 Where is Yakima, Washington?

The described area includes the Counties (districts) Yakima, Grant, and Kittitas and the cities of Yakima, Ellensburg, Ephrata, and Moses Lake. It is located in the southern Central part of Washington.

What County is Yakima?

Here in Yakima you will find Sun, wine, fine Restaurants, affordable overnight stays, fresh fruit and vegetables during the season. Museums and antique shops are available to visitors. In Ellensburg you will find a smaller University.

Sunnyside was founded in 1902, in 1907 the city was taken over by the German Baptist Progressive Brethren, a radical pietistic community that has its origins in Schwarzenau near Bad Berleburg. On each plot sold, a ban on alcohol, dance and gambling was entered. Today, it is one of the poorest cities in Washington. Ironically, hops and grapes are grown in Sunnyside today.

2 thoughts on “Where is Yakima, Washington? What County is Yakima? Yakima Map Located”