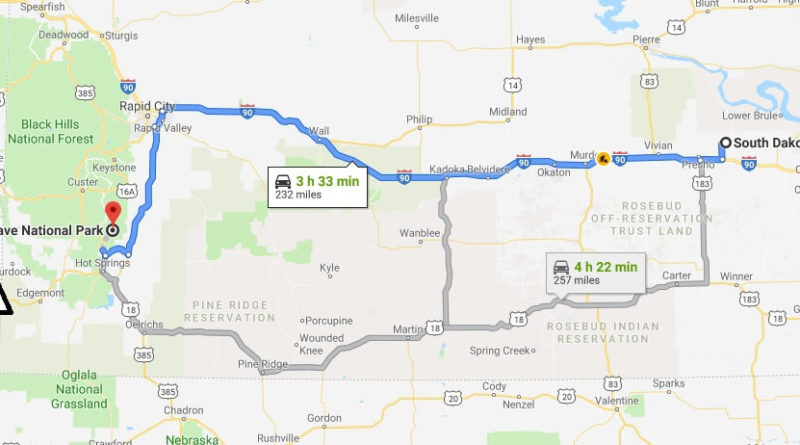 Where is Wind Cave National Park?

State Of South Dakota
Type National Park
Location Seven miles North of Hot Springs on US 385
Brief information the Black Hills in the east of South Dakota are a very popular holiday destination among the Americans. In the mountains there are numerous caves, often rich in shapes. The Park protects one of the largest cave systems in the US, the Wind Cave is known for its honeycomb structures. The Park also encloses the Land around the cave.
Visitors the main visitor season, from June to August
Size 113 sq m

What city is Wind Cave?

Open all year round
Getting there starting point is the largest city in the Black Hills, Rapid City.

There is no public transport to the Park or the Park.

From Rapid City to the north or Hot Springs to the south, the US 385 leads to the Park.
Admission no entrance fee to the Park, the guided cave tours are chargeable
Facilities Visitor Centre
Almost 50 km of marked trails and several stab roads from the US 385 open up the Park.
Camping is available, food sale only in summer, no Lodge
Of course, the main theme is the visit of the cave, with different lengths and expensive guided tours.
The Rankin Ridge Trail and the Elk Mountain Trail are open nature trails.
In the Park there is the opportunity to meet with luck on bison, elk, coyote and prairie dogs.
Note cave tours are often sold out, especially afternoon tours in July and August. Waiting times of more than one hour are not uncommon.
Surrounding area there is another cave, the Jewel Cave National Monument.

How do I get to Wind Cave