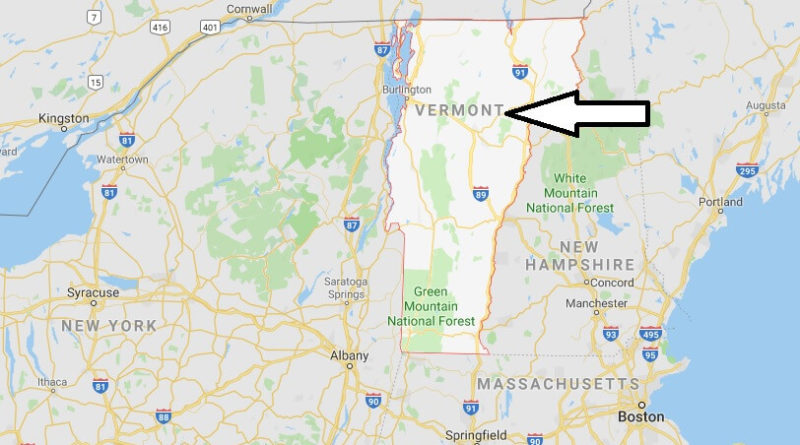 Where is Vermont State?

Vermont is a landlocked state. It differs from all other New England states.

The Name Vermont comes from the French and means “Green hill”. Green hills characterize this state, the height of which is between 400 and 1,200 meters.

In Winter, the altitude combined with the location is sufficient to allow skiing. In the summer, many inhabitants of the neighbouring towns seek out the rural Vermont, which has a huge number of campsites.

A certain tourist attraction is the island-rich Lake Champlain, located on the border with Québec and New York.

Where is Vermont Located in The World?