Where is Venlo Located? What Country is Venlo in? Venlo Map | Where is Map
Skip to content 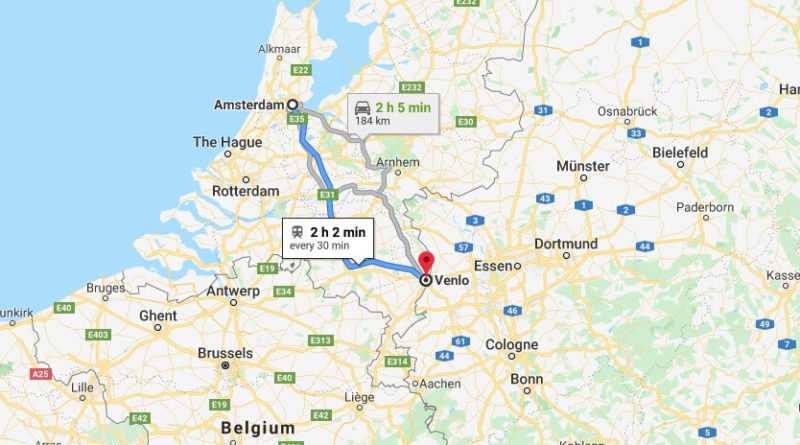 Where is Venlo Located?

Venlo is located in the Netherlands (Holland) (Gemeente Venlo, Limburg) in the time zone Europe/Amsterdam. Places of interest near Tegelen, Baarlo and Maasbree. Venlo has good shopping facilities and a variety of historic buildings dating back to Roman times.

What Country is Venlo in?

New concepts and old buildings: Venlo’s city centre houses a variety of historic buildings dating back to Roman times. But other eras have also left their mark in Venlo.

Meet the ancient Romans on the market square or descend into the basement of a medieval house-like in a time machine and with the help of lifelike figures, noise and lighting effects, visitors immerse themselves in the history of Limburg.
The Sint Martinuskerk impresses with a series of Gothic sculptures, including the “Black Madonna of Venlo”, and a stately church tower dating from 1953. The current church tower was given a simpler and at the same time more robust Form.
In the late Gothic style, erected in Romer house dates back to the year 1521 and is on the Kwartelenmarkt 1. The beautiful house with the stepped gable is a must-see once.
The town hall of Venlo, built in the Renaissance style between 1597 and 1601, is particularly impressive. As is so often the case in Dutch cities, you can drink a Café or a glass of Rosé in the sun on the town hall square in beautiful street cafes.