Where is Vasastan Sweden? Map of Vasastan | Where is Map
Skip to content 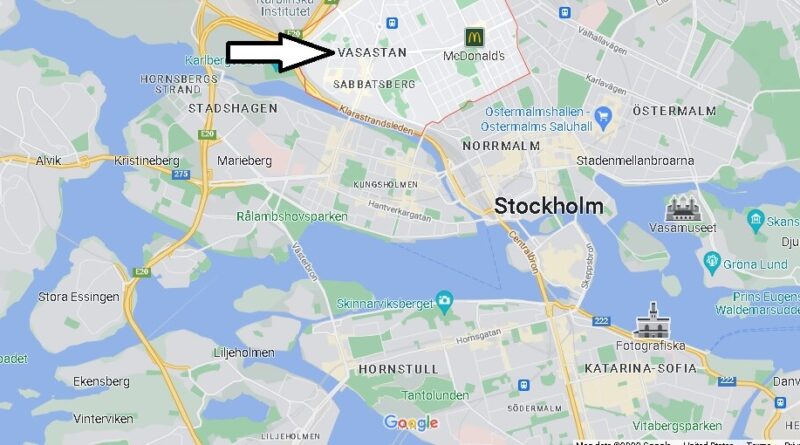 The urban development of Vasastan (Stockholm) (Sweden), the northernmost part of Norrmalm, began in the XVIII century. Today it is a residential neighborhood with homes for workers and artisans of the early twentieth century and a lively area with a variety of bars and restaurants.

It also has some of the nicest parks in Stockholm. such as Vasaparken, Observatorielunden and Vanadislunden; the Municipal Library (Stadsbiblioteket), one of the most emblematic buildings in the city, important squares such as Odenplan and St Eriksplan, several churches of great architectural value, such as Gustav Vasa Kyrka, and the Karlberg commuter station.

The name of the district is inspired by Vasagatan Street and the Vasabron Bridge, built in 1885, whose names come from the statue of King Gustav Vasa, located outside the Riddarhuset. Vasastan District was officially established in 1926. The writer Astrid Lindgren (1907-2002), author of ‘Pippi Långstrump’, among many other works of children’s literature, lived here almost all her life; the last 60 years on Dalagatan overlooking Vasaparken.

What state is Stockholm Sweden in?
What to do Vasastan?
Where is Hagastaden?