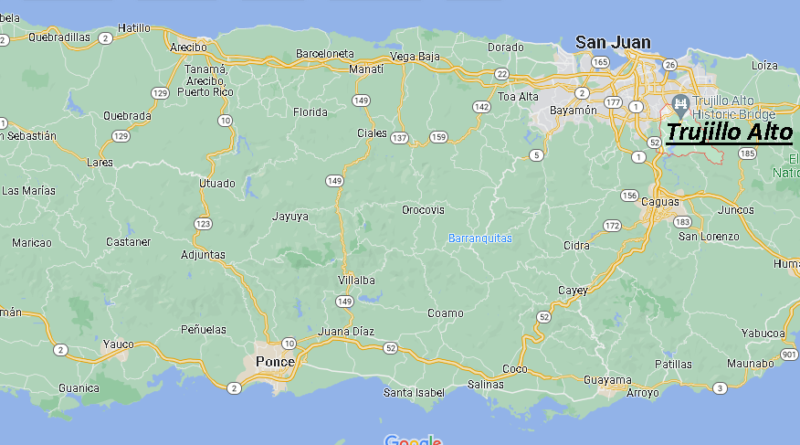 What county is Trujillo Alto?

The municipality of Trujillo Alto is located in the northern part of Puerto Rico. It borders with San Juan to the north and west; with Caguas and Gurabo to the south and with Carolina to the east. It belongs to the Northern Coastal Plain and the karst zone. The relief of Trujillo Alto consists mainly of wet hills. Its vegetation is typical of humid tropical forests.

In the past, its soils were mainly used for livestock and agriculture. Coffee, sugar cane, guavas, rice and tobacco were harvested on their lands, among other products. However, in recent decades, the municipality has undergone accelerated development, marked by an increase in the housing construction sector and the proliferation of commercial establishments.

In order to preserve the green areas and nature of the town, the Doña Inés Park was conceived in Trujillo Alto, a project of the Luis Muñoz Marín Foundation, which aims to create an urban lung and propagate endangered endemic tree species.