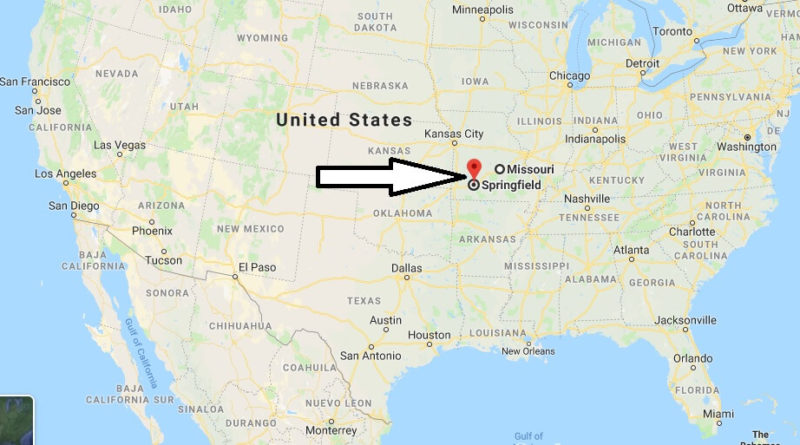 Where is Springfield, Missouri?

The described area includes the Counties (districts) Greene, Christian, Dallas, Laclede, Polk, Webster, and Wright with the cities of Springfield, Bolivar, Lebanon, Nixa, and Ozark. It is located in the southern part of Missouri.

Springfield is the third largest city in Missouri. The first white settlement of the present town took place around 1830. 1838, the settlement was declared a city. During the civil war, there was fighting in the Springfield area. In 1870, the railway reached the town (connection to St. Louis, and San Francisco), 1926, the U.S. Highway 66 was routed through the city.

Founded in 1947, Red’s Giant Hamburg was the world’s first Drive-Thru Restaurant (unfortunately demolished in 1997). It is worth to see, among other things the Abou Ben Adhem mosque, the Railroad Historical Museum and the new Wonders of Wildlife Museum & Aquarium.

Flights to Springfield
There are no direct flights from Europe to Springfield.
From Frankfurt you can reach Springfield with a one-time change with American Airlines via Charlotte and Dallas, with Delta via Atlanta and with Lufthansa and United via Chicago, Denver and Houston.
From Munich Connections with American Airlines on Charlotte, Delta through Atlanta and with United / Lufthansa via Chicago, Denver (LH) and Houston (UA) exist.
From Düsseldorf and Stuttgart there is a connection with Delta via Atlanta.
From Vienna there is a connection via Chicago with United / Austrian.