Where is Roskilde Denmark? Map of Roskilde | Where is Map
Skip to content 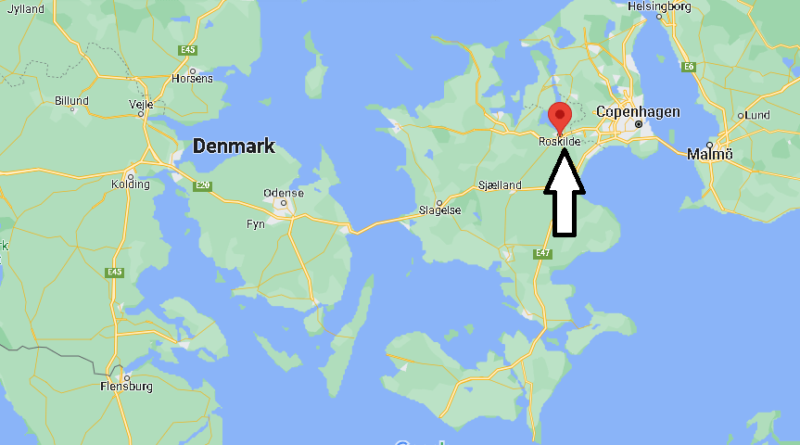 Roskilde is famous for its Viking Ship Museum, Roskilde Cathedral and the Open-Air Museum “Land of Legends”. I know it sounds a bit nerdy and not very adventurous, but believe me you won’t regret the experience. Roskilde is a smaller Danish city, located about 35 kilometers west of Copenhagen. Roskilde is also known worldwide for its annual festival, which this year takes place on June 29.

If you are visiting Copenhagen for a few days or making a route through Denmark, I propose a visit that you may be interested in including in your itinerary, it is the village of Roskilde.

Roskilde has a mix between medieval and vinkingo, in addition to having a Cathedral that is a World Heritage Site. It is certainly an excursion that may interest you.

In this post I will tell you how to get there and what to see in the Viking city of Roskilde.

Today, Roskilde is a small and peaceful town, located on a gentle hill at the bottom of one of the arms of the Isefjord, the largest fjord on the island of Zealand. But for four centuries, until 1443, it was the capital of the Kingdom of Denmark. At a time when the Danish monarchy was one of the strongest in northern Europe, its kings could aspire to control the thrones of Sweden and Norway and the Danish ships owned the Baltic. The main vestige that has remained to us from those times is its splendid cathedral, one of the most historically and artistically relevant buildings in Scandinavia. And a set of Viking ships, housed in what some qualify as the best museum in the world dedicated to that culture.