Where is Prizren Located? What Country is Prizren in? Prizren Map | Where is Map
Skip to content 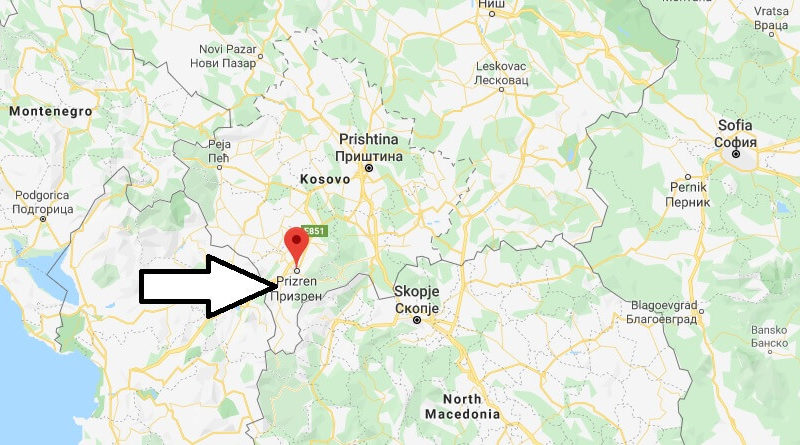 Where is Prizren Located?

Prizren is located in the southwest of Kosovo-more specifically the Metochia Region (see Kosovo). Geographically, it is the southernmost city of Serbia, although it is no longer under Serbian control.

The town lies in a picturesque valley on the small river Bistrica e Prizrenit, Serbian: Prizrenska Bistrica. In the southern part of the city, the Malet e Sharrit / Šar Planina mountain range, which is up to 2,000 m high, has a very jagged appearance; in the West, the almost Alpine Bjeshkët e Nemuna / Prokletije mountain range, with over 2,600 m high peaks, is located.

What Country is Prizren in?

Prizren is located in the center of the homonymous province, which today marks the German sector of the KFOR areas. To the border with Macedonia in the south-east, there are about 15 km (but there is no transition nearby). The border crossing to Albania to the West is also only 15 km away. It is a good 100 km to Priština.

How old is Prizren?

Is Kosovo dangerous to visit?

Is Kosovo a country?

How populous is Prizreni / Prizren?