Where is Prilep Located? What Country is Prilep in? Prilep Map | Where is Map
Skip to content 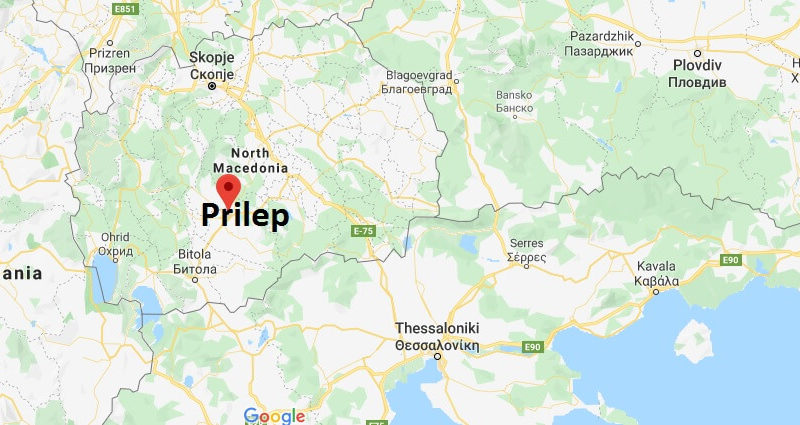 Where is Prilep Located?

Prilep is located in the east of Prilepsko Pole, a part of Pelagonia Valley. It is located between Markovi Kuli in the North and Selechka Planina in the South, with a good geographical and traffic position. In Prilep, several routes cross, connecting the western part of the Republic of Macedonia with Povardarie and eastern Macedonia. The city also has a railway line connecting Bitola with Veles and Skopje.

What Country is Prilep in?

In the literature, one meets Prilep as a designated place and an important point of reference still in the time of Samuil. At the beginning of the 11th century (year 1018) the Byzantine Tsar Basileios II leads the Statd as Prilapon. The city was known as Prilep and Prilepon.

In 1366 it became the capital of the Dushan clan called Vukashin. After his death in the battle of the Maritsa, and the city remained under the leadership of his son, Marko, king’s son (Krali Marko). Thus, the fortress over Varosh north of the city got the name.