Where is Pastura New Mexico? Map of Pastura | Where is Map
Skip to content 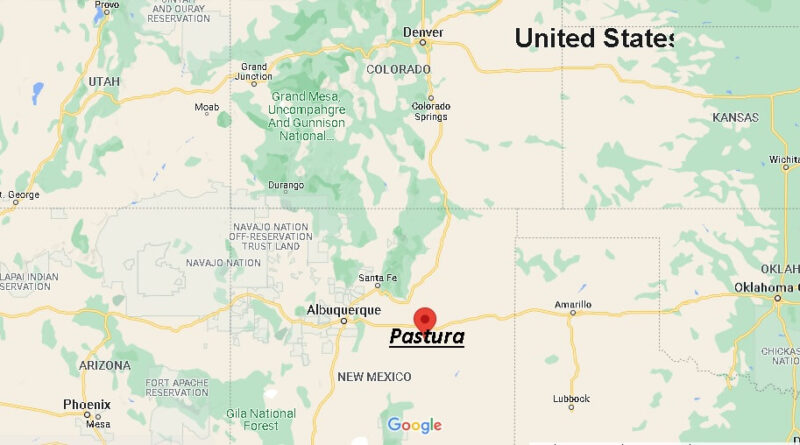 Pastura is a census-designated place (CDP) in Guadalupe County, New Mexico, United States. The population was 23 at the 2010 census. It is located halfway between Santa Rosa and Vaughn.