Where is Model T Museum? | Where is Map
Skip to content 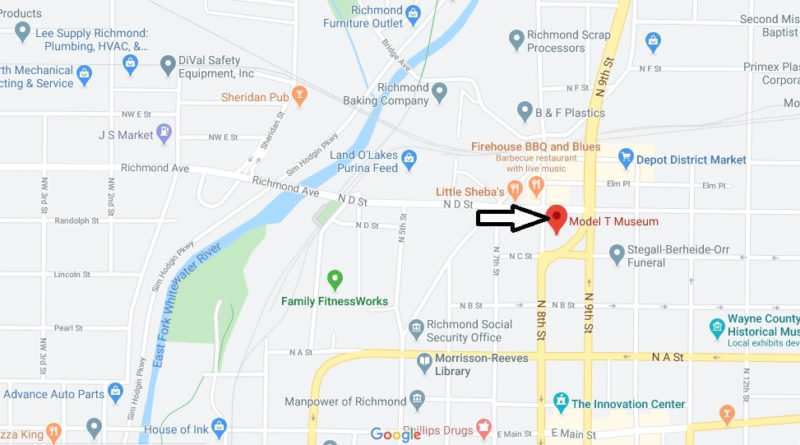 The platform and basis of the Model T was the Chassis, which weighed just 400 kg. The frame was mounted on only two vanadium steel compression springs located transversely at the front and rear axle. The three-point suspension of the axles and three-point bearing of the engine were a specialty of the Model T, which was based, among other things, on the quality of the new steel. The water-cooled 4-cylinder in-line engine with removable cylinder heads and lateral valve control was installed longitudinally at the front and permanently blocked with a planetary gearbox. The car had a foot shifter with 2 forward and one reverse gear and a transmission brake, originally with 2, later with 3 pedals. The ignition current was supplied by a flywheel Magnet. The ignition and gas control were adjusted from the steering wheel. The engine was started with a hand crank at the front below the radiator, which was initially made of brass. It was not until 1919 that an automatic starter was optionally installed.

From 1908 to 1927, the Model T was built and sold over 15 million times.
The cheap car started mass motorization in the USA.

The design of the Model T was preceded by experiments with vanadium steel. Due to the admixture of Vanadium, the Steel had a greater tensile strength than conventional steel. This suited the stability as well as the saving of Material. From the very beginning, the concept of the Model T also included considerations for simplified production and part design, which should make it possible to produce more in a shorter time. For the first time, the engine was made from a single cylinder block for four cylinders. In order to make the cylinders accessible and to facilitate casting and Assembly, the part has been designed to be removable for the cylinder heads – a principle that has proven itself to this day.