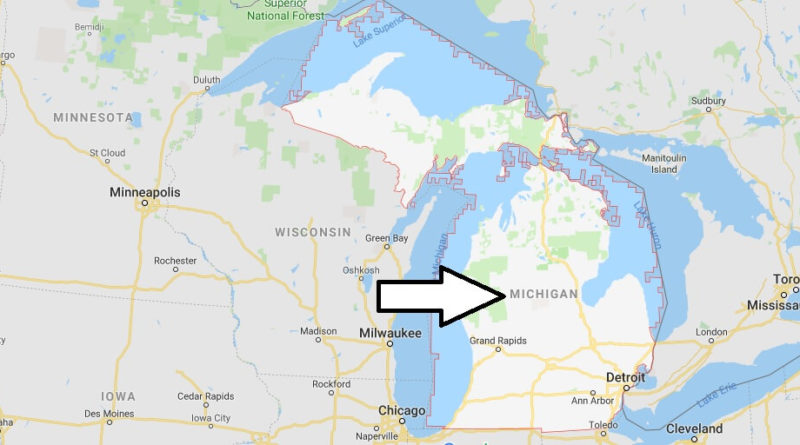 Where is Michigan State?

On the one hand, Michigan is like no other state in the US characterized by water. The Great Lakes State is the only state to border on four of the Great Lakes: Lake Michigan, Lake Huron, Lake Superior and Lake Erie.

There are numerous beautiful beaches, the Sleeping Bear Dunes beach in the West and the Pictured Rocks Beach in the north are the most famous. The rural area of Michigan, is typical for the Mid-West. In the north, the Isle Royal National Park lures, difficult to access and very attractive.

In Winter, long and cold, Michigan offers numerous opportunities for skiing. In the summer, which is short, hot and dry, the Great Lakes provide welcome cooling.

The other face of Michigan represent the industrial cities in the South. Many of them are based on the automobile and heavy industry and have suffered from the structural changes of recent years.

Where is Michigan Located in The World?