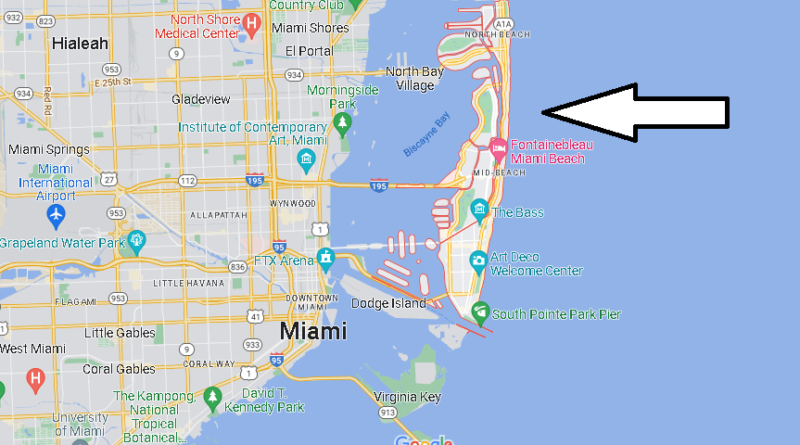 Miami Beach is a set of islands located east of the city of Miami and is the best known part of Miami, where tourists who travel in search of fun, sun and beach crowd. Miami Beach is the most touristic place in Miami, it is the area located further east, separated by some bridges since it is an island.

Here a good part of tourist attractions are concentrated in the city, so it is the busiest area at all times of the day. Let’s look at the details to take into account during your visit to Miami beach.

Which part of Florida is Miami Beach?

The city of Miami is the most well-known population in the state of Florida. Many series and films have been shot here showing the paradisiac nature of its beaches, as well as the most seedy places in the city. In this post, we tell you the essential thing to visit, as well as other less known alternatives of this famous city in the south of the USA.

Miami, and Miami Beach in particular, is a city of pastel colors, Art Deco architecture, and above all, a lot of Latin flavor! In addition to palm trees, many palm trees on its avenues, streets and of course, on its endless beaches.

Geographically it is located between the Everglades National Park, and the Atlantic Ocean. Its metropolitan area is one of the largest in the country, with more than five million inhabitants.

The island of Miami Beach is connected to the Miami mainland by five elevated roads. One of the main roads is the MacArthur Causeway, which connects the urban center of Miami with the South Beach area. Crossing the Mc Arthur Road there are several bridges that lead to the Palm, Hibiscus and Star Islands, all of them full of mansions and sailboats of the rich and famous.

The two large islands located south of Miami Beach, Dodge Island and Lummus Island, make up the Port of Miami, the largest cruise port in the world.

Via the Julia Tuttle Causeway, you can get from Miami to the north of Miami Beach; there is a large number of residential developments and shopping centers, such as the Bal Harbour.

Although this area is less known to tourists, it also has beautiful beaches such as Haulover Beach Park. The northern beaches have more waves than the southern ones and are usually frequented by surfers.

The Surfside and Sunny Islands areas are some of the nicest spots in North Miami Beach. Both are places that remain anchored in a bygone era, so they are usually the favorites of some older tourists who have been returning to Miami for years.

South Beach is the neighborhood with which Miami Beach and Miami in general are identified. Located south of Miami Beach, between 5th and 41st Streets, the South Beach Neighborhood has hundreds of Art Deco buildings, entertainment areas and beautiful people (Ocean Drive) and some of the best known beaches in Miami.

Located in the South Beach area between 16th and 17th Streets, Lincoln Road is a pleasant promenade that accommodates more than 300 restaurants, cafes and trendy shops.

Years ago, Miami Beach lacked commercial areas, so that its inhabitants were forced to travel to Miami to buy in its department stores. It was then that an entrepreneur named Carl Fisher decided to create the “Fifth Avenue of the South” on what was a dirt road in a swampy area. The land was below sea level, but this was not a problem for Fisher, as he had it filled in with sand from Biscayne Bay. Once it was paved, many of the large firms began to settle there, acquiring great prestige in the area.

Lincoln Road is one of the few pedestrian streets in Miami, so it is a privilege to walk quietly among its palm trees, do some shopping or sit on one of its pleasant terraces.

Española Way is a small street perpendicular to Ocean Drive and Collins Avenue, designed to attract tourists and residents with its art galleries, original shops and dozens of Spanish, Italian, French or Mexican restaurants.

The Mediterranean buildings, dating back to 1920, form an exceptional setting to escape from the busy streets of Miami and immerse yourself in a bohemian atmosphere in which to enjoy a good meal.

Española Way is bounded by Washington and Jefferson Streets and 14th and 15th Streets.