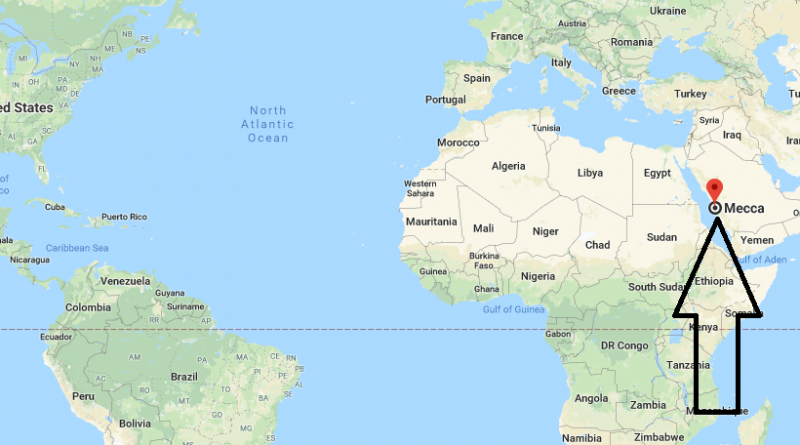 Where is Mecca? On A Map – Mecca is the holy city of Muslims, located in the western part of Saudi Arabia. Mecca is so famous in the world that it is often Mecca that is mistakenly considered the capital of Saudi Arabia. In fact, the main city of the Arab state is Riyadh.

Mecca and its surroundings have the status of sacred lands. Military operations are prohibited here, trees cannot be cut down, and animals cannot be killed, except for those intended for sustenance or sacrifice.

Entry into the city is allowed only to Muslims, and this is subject to strict control. Even on the roads leading to Mecca, warning signs for non-Muslims are installed.