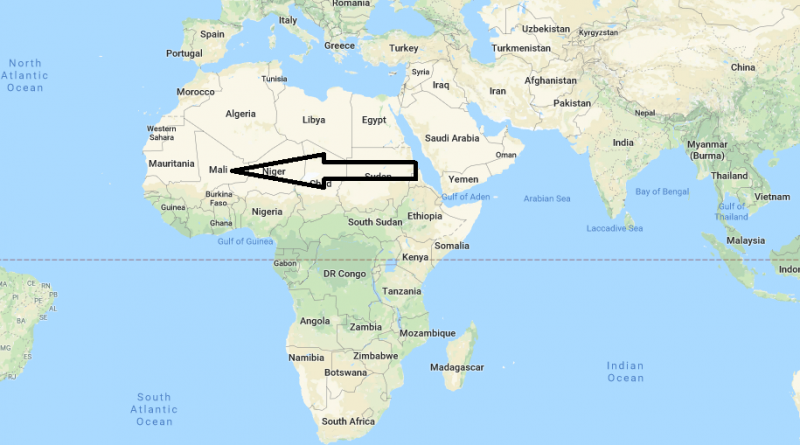 Where is Mali? Located in Africa – Mali is the second largest state in West Africa. Until 1958 it was a colony of France (French Sudan). In the 12-15th centuries Mali was a powerful empire, covering vast territories.

Its power was determined by the position at the crossroads of the trade routes of Africa and began to fade after the opening of sea routes around the continent and the movement of trade centers on the coast. Remoteness from the sea and now complicates the development of the country.

Mali is a land of deserts and savannas with a leveled relief: the average altitudes range from 200 to 300 m below sea level. The country’s climate is tropical continental, hot and dry. Year-round high temperatures are kept.