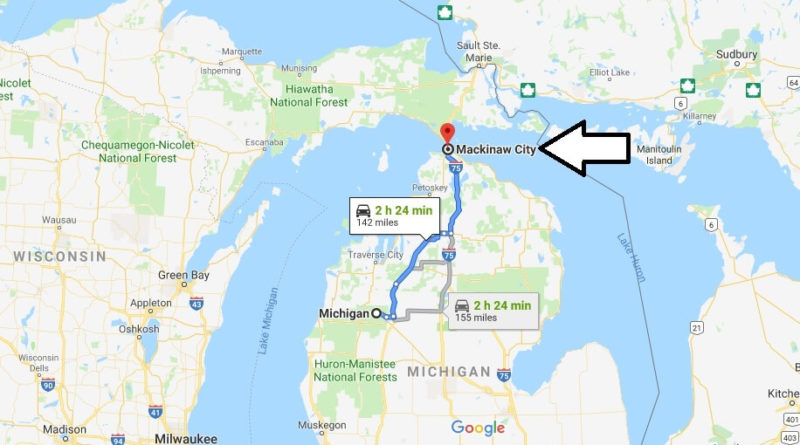 Where is Mackinaw City, Michigan?

The area described here includes the Counties (districts) Emmet, Charlevoix, Cheboygan, Mackinac and Presque Isle with the cities of Mackinaw City, Cheboygan, Petoskey, Rogers City and St. Ignace. It is located in the Northern part of Michigan.

What County is Mackinaw City?

The village of Mackinaw City is located at the southern end of the Mackinac bridge, which allows the connection to the Upper Peninsula of Michigan. Together with St. Ignace on the other side of the Straits, it is the starting point for trips to the tourist Mackinac island. The city of Cheboygan is located at the mouth of the Cheboygan river into Lake Huron. The city of Rogers City is on Lake Huron. Annually, there are two salmon fishing tournaments. The largest limestone quarry in the world is located near the city.