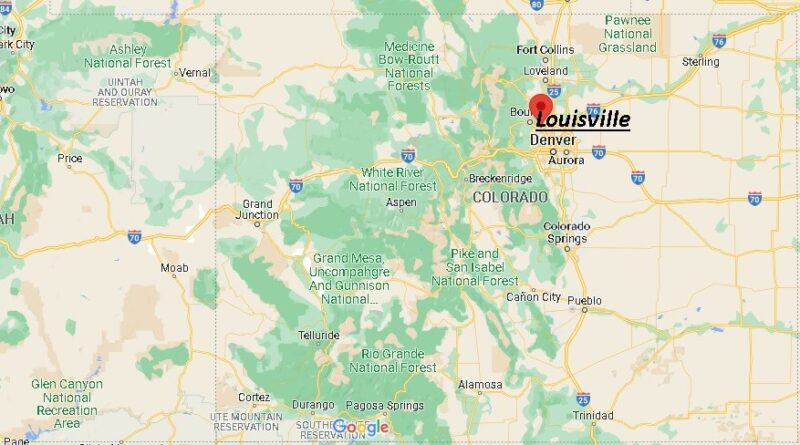 The town of Louisville belongs (from largest to smallest) to the state Kentucky and Jefferson County.