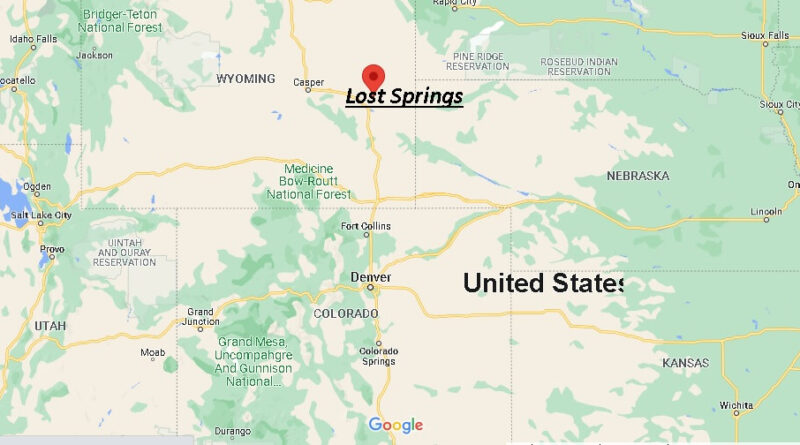 Lost Springs is an unincorporated community in Converse County, Wyoming, United States. The population was 4 at the 2010 Census.

Lost Springs was founded in the 1880s, when it got its name from railroad workers who could not find the springs indicated on the map of the area. The town was incorporated in 1911 and originally had 200 inhabitants, most of whom worked at the nearby rosin coal mine. After the mine closed around 1930, the population of Lost Springs steadily declined. By 1960, the city’s population had shrunk to five inhabitants. In 1976, the state of Wyoming and the United States Bicentennial Commission designated Lost Springs as the smallest incorporated city in America; its population was then 11. In 1983, Lost Springs was involved in a legal battle with the Chicago and North Western Railway. The railway company, which ran adjacent to the city, had in fact tried to seize 5.2 acres of land in order to build a 6.7-meter embankment. Leda Price, who already held the post of mayor, led the heartfelt protest of the small but fierce community of Lost Springs, arguing that the country would be cut off from Highways 18 and 20. A Wyoming District judge agreed with Mayor Price, so the Chicago and North Western Railway was forced to submit to the will of the inhabitants of Lost Springs.