Where is Ionian Sea? What countries border the Ionian Sea? | Where is Map
Skip to content 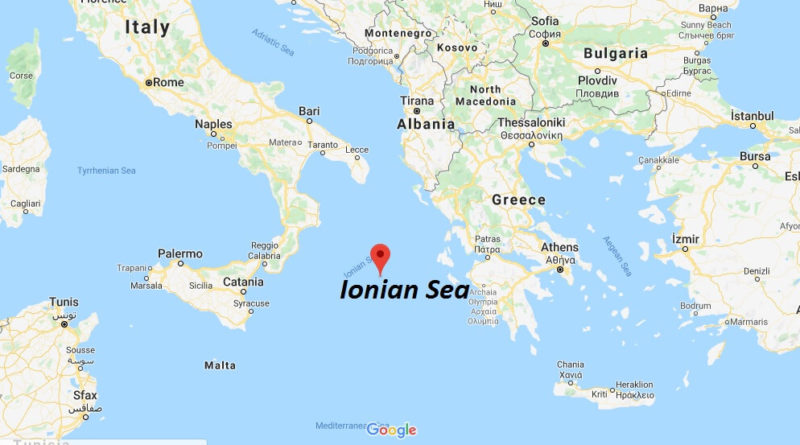 Where is Ionian Sea?

The Ionian Sea is part of the Mediterranean Sea and joins the Adriatic Sea in the north by the Strait of Otranto. In the West it is bordered by Italy (Sicily). In the south it passes into the actual Mediterranean Sea and in the East it is bounded by Albania and Greece (Peleponnese).
The Ionian Sea received its name after Io-a lover of the god Zeus from Greek mythology.

Its length from the Strait of Otranto, up to a line from the southern tip of the Peloponnese to Sicily, is approximately 330 km, its greatest width about 290 km.
The deepest part of the Ionian Sea is 5,265 m below the sea surface. This is the Calypso deep, which is the deepest point of the entire Mediterranean.