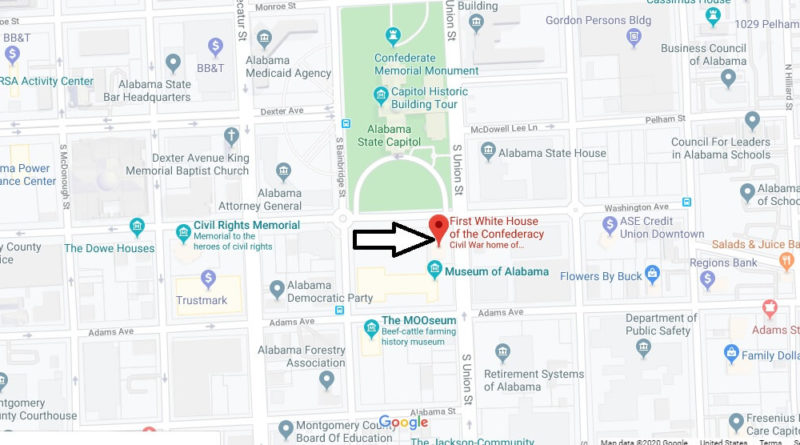 Where is First White House of the Confederacy?

Jefferson Davis (1808-89), president of the Confederate States of America, used this Italianate-style wooden house from 1835 as his official residence during the three months in which Montgomery was the CSA’s capital (February to May 1861).

The house contains well-preserved furnishings from this period as well as many personal belongings of the Davis family. One almost feels as if Mrs. Davis could come in at any moment to play on the Chickering piano.

Where did Lincoln live during the Civil War?

What was the capital of the Confederacy?
Did Lincoln live in the current White House?

What was the population during the civil war?

What states were in the Confederacy?