Where is Fajardo Puerto Rico? What County is Fajardo in | Where is Map
Skip to content 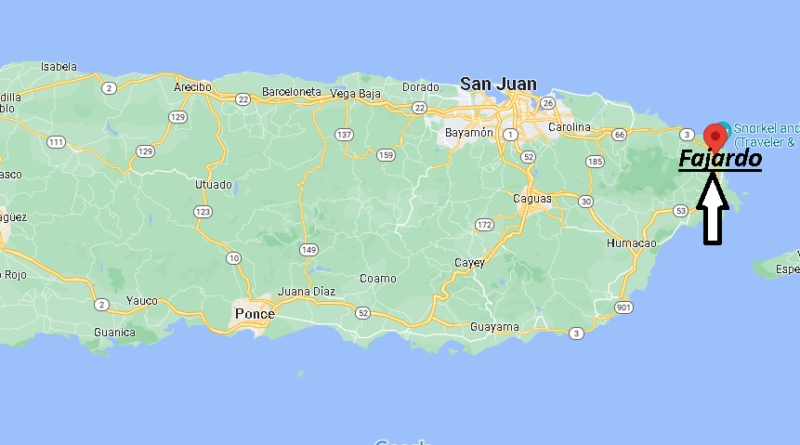 Fajardo is known as the “Town of the Cariduros”, this due to the resistance that its inhabitants presented to invasions of foreign peoples since the time of the Spanish colony. Also, due to its geographical location it is designated as “The City of the Rising Sun” since it is the first town on the island of Puerto Rico (the big island) that receives the sun.

Fajardo has an extensive coastline of beautiful beaches and ports. It is the main transportation point between Puerto Rico and its islands municipalities.

Fajardo is located to the east, eastern coast of Puerto Rico, between the Coastal Plain of the North and the Sierra de Luquillo. It is bordered to the north and east by the Atlantic Ocean, to the south by Ceiba and to the west by Luquillo. Most of the territory is flat, as is usual in the municipalities located between the northern coastal plain and the humid valleys of the east coast. However, it has elevated parts that derive from the humid Hills of the north and the Sierra de Luquillo

This municipality stands out for its tourist activity, as well as for its marinas, its beaches, hotels, including El Conquistador and its natural resources.