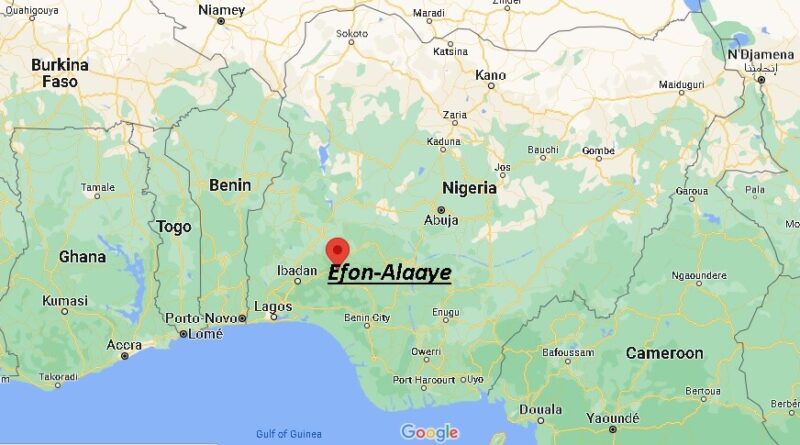 Efon-Alaaye is a town in Ekiti state in southwestern Nigeria, inhabited by the Yoruba people. The population in 1983 was over 100,000. It belongs to Efon local government, one of the largest local governments in Ekiti State.