Where is DNA found in a human cell? What is a gene? | Where is Map
Skip to content 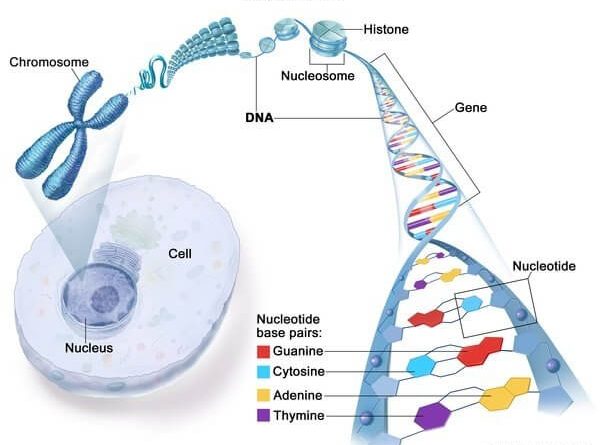 Where is DNA found in a human cell? What is a gene? – The main function of DNA is the storage, realization and transfer of hereditary (genetic) information.

Where is DNA found?

If you delve deeper into the structure of cells and tissues, you can see that DNA is mostly contained in the nucleus of the cell. The nucleus is responsible for the formation of new, daughter cells, or their clones. In this case, hereditary information located in it, is divided between the newly formed cells evenly or in parts. The defeat of the nucleus entails a disruption in the formation of new tissues, which leads to a mutation.

In addition, a special type of hereditary material is found in the mitochondria. In them, DNA differs somewhat from that in the nucleus.

Where is DNA found in the human body?
Where is the DNA located in a eukaryotic cell?
Where is a gene found?
Where does the replication of the DNA occur?