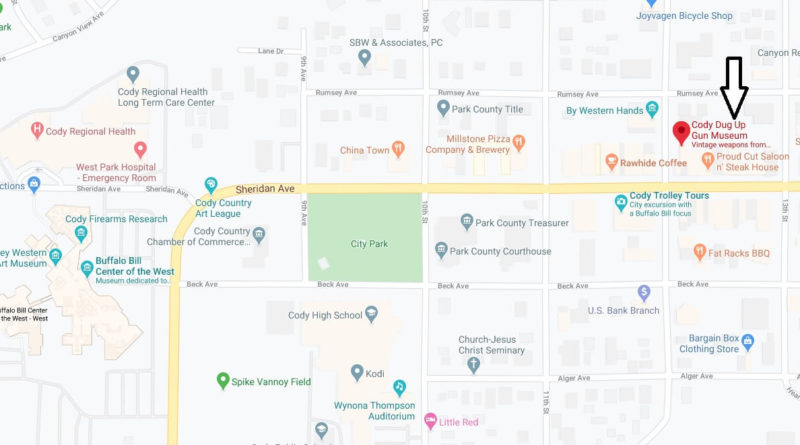 Where is Cody Dug Up Gun Museum?

The Museum guides visitors through the guns and weapons that have been invented and used throughout history. It contains weapons from the war of independence, the gold mining era, the Wild West period, the Civil War, the Indian War, World War I, The New York Gangster period of the 1920s to World War II.

The Cody Dug up Gun Museum offers more than a thousand weapons in its Historic Gun Gallery. The Following are some of the featured weapons.