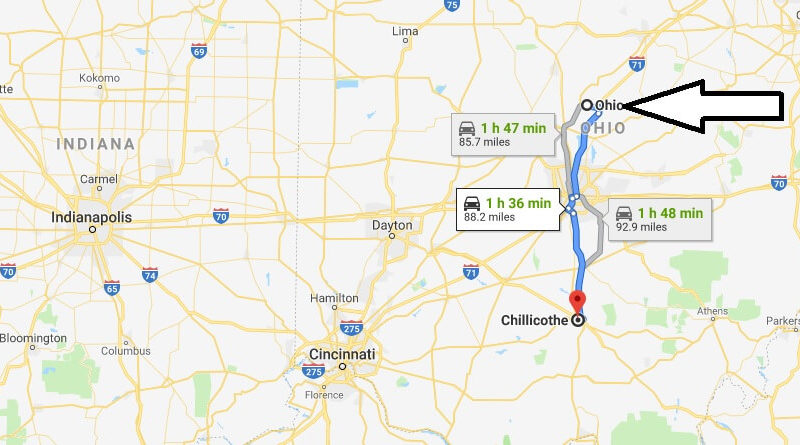 Where is Chillicothe, Ohio?

The area described here includes the counties Ross, Clinton, Fayette and Highland with the towns of Chillicothe, Hillsboro, Washington Court House and Wilmington. It is located in the southern Central part of Ohio.

What County is Chillicothe?

Chillicothe is one of the cities in the USA, whose splendor dates back a long time. In the case of Chillicothe almost 200 years. The city was founded in 1793. From 1803 to 1809, Chillicothe was the first capital of the state of Ohio. From 1812 to 1816 it became the capital again, but it was unable to defend this Position again. Today, Chillicothe is a rather insignificant country town. The Banana Split Festival takes place in the small town of Wilmington every June. Wilmington City Council claims that the Banana Split was invented here in 1907. Other sources claim that it was invented in Pittsburgh in 1904 … .