Where is Cathedral Caverns State Park? | Where is Map
Skip to content 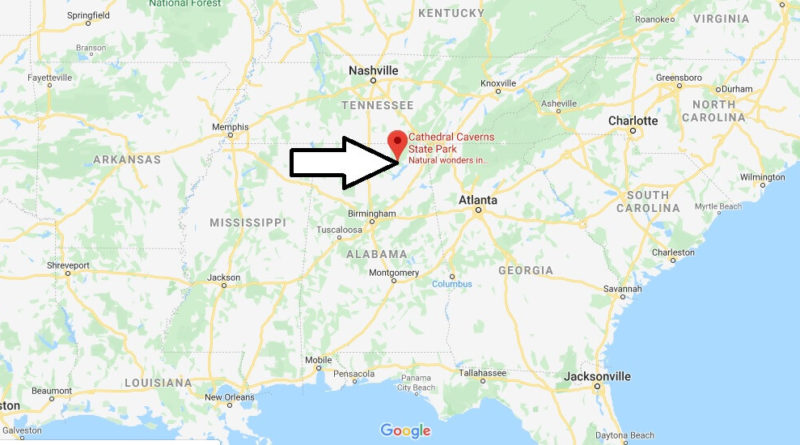 Where is Cathedral Caverns State Park?

But inside it gets even better, beautiful natural formations, stalagmite mountains, the rock formation “Frozen Waterfall” and a huge stalagmite fissure do not let you get out of the amazement. The stalactite “Goliath” is one of the famous sights in the Cathedral Caverns. With a height of 13.71 metres and a width of 38.4 metres, it is considered the largest stalactite in the world.

The Cathedral Caverns are located between Grant and Woodville in the Gunters Mountains of Marshall County, about 31 miles east of Huntsville, Alabama. They were discovered in 1952 by Jay Gurley, who named them Bats Cave. Later the caves were renamed Cathedral Caverns because of their cathedral-like appearance. Jacob Gurley acquired the 160 acre cave and presented it to the public as a family business. After almost a decade, he took care of the expansion of the cave, the cleaning of rubble, lighting and access roads.