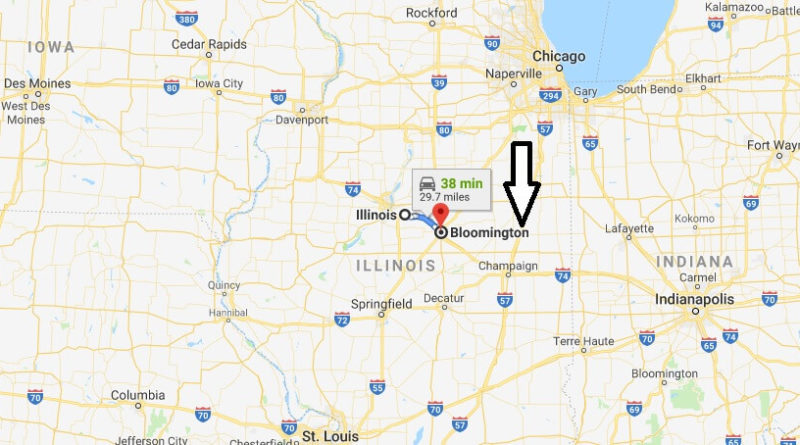 Where is Bloomington, Illinois?

The area described here includes the counties McLean, LaSalle and Livingston with the towns of Bloomington, Normal and Ottawa. It is located in the Northern Central part of Illinois.

Bloomington and Normal have grown together into a double City. Central and conveniently located in the middle of the state, Bloomington is now an important industrial location. Normal was originally called North Bloomington. The city is the place of origin of the Steak n Shake Restaurants. Here you will also find Mitsubishi’s only automobile plant in the USA. Ottawa is a centre of maize and soya bean cultivation. The city has a variety of historic buildings. Traces of the legendary Route US 66 are still found today, especially in McLean.