Where is Barents Sea? What three seas are north of Russia? | Where is Map
Skip to content 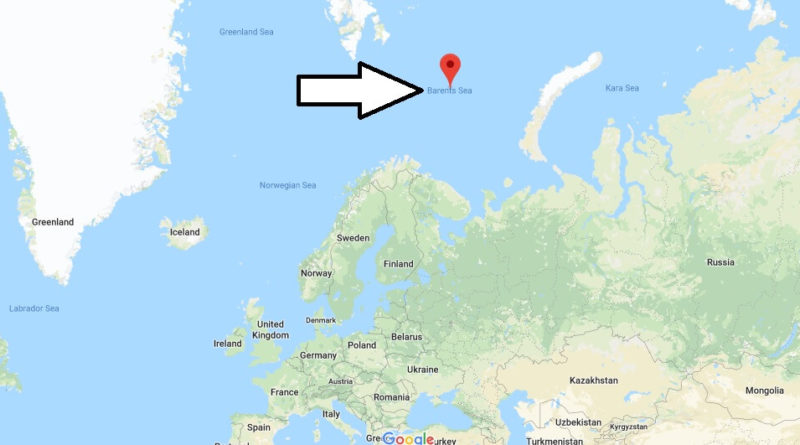 Is the Barents Sea part of the Arctic Ocean?

The Barents Sea is a marginal sea of the Atlantic Ocean, or Arctic Ocean, north of Norway and the European part of Russia. It was named after the Dutch Navigator Willem Barents. With an average depth of 230 m, it is one of the deeper shelf seas. The North Atlantic Current, a branch of the Gulf Stream, ensures that many ports on the Barents Sea are ice-free all year round, although they are far to the North. In September, the Barents Sea is completely ice-free.

The Barents Sea lies between the Svalbard archipelago (“Spitsbergen”, Norway) in the northwest, Franz Josef Land (Russia) in the North, Novaya Zemlya in the East and the mainland of northwest Russia and Scandinavia in the South. Neighboring marginal seas of the Barents Sea are the European North Sea to the West, the White Sea to the south and the Kara Sea to the East, which joins beyond Novaya Zemlya. During the Cold war, and also the border in the Barents sea between the Soviet Union and later Russia and Norway was controversial. So Russia recently on a boundary around 32 degrees East. In April 2010, Russia and Norway contractually agreed on a compromise and set a central line through the territory disputed by some 175,000 km2 as a common border in the Barents Sea.

What countries border the Barents Sea?

Does the Barents Sea freeze?

What is the northernmost city in Russia which touches the Barents Sea?

What is the northern border of the Southern Ocean?