Where is Alfred Texas? What County is Alfred TX in | Where is Map
Skip to content 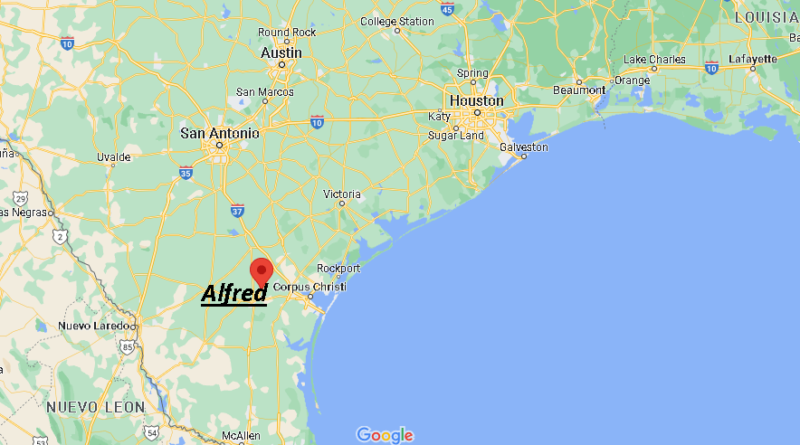 Alfred is an unincorporated community and census-designated place in Jim Wells County, Texas, United States. The population was 91 at the 2010 Census. It is known for the open-air flea markets held on the first weekend of the month.

According to the United States Census Bureau, the CDP has a total area of 3.23 km2, of which 3.23 km2 of it is land and 0 km2 of it is inland waters (0% of the total). Alfred is located on State Highway 359, twelve miles (19 km) northeast of Alice, in the northeastern part of Jim Wells County.