Where is Ajax Canada? Map of Ajax | Where is Map
Skip to content 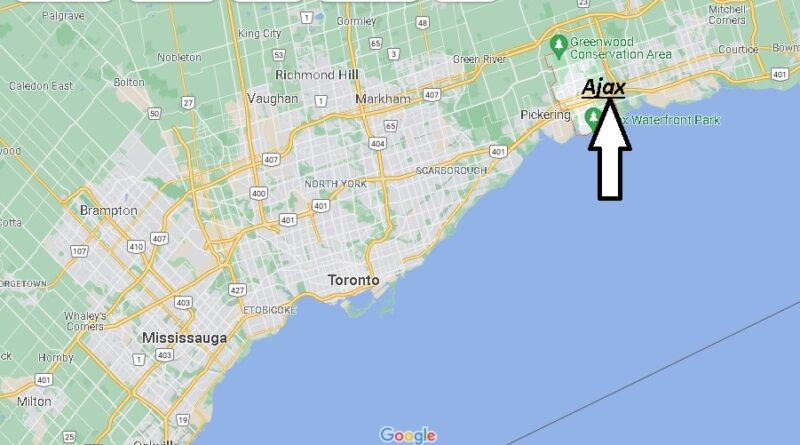 Ajax is a city in the Durham region of southern Ontario, Canada, located in the eastern part of the greater Toronto area..

The town is named after HMS Ajax, a Royal Navy cruiser who served in World War II. It is approximately 25 kilometers (16 miles) east of Toronto, on the shores of Lake Ontario, and borders the city of Pickering to the west and north, and the city of Whitby to the east.

Is Ajax Ontario a good place to live?
Is Ajax a town or a city?
Is Ajax in northern Ontario?
What area is Ajax?