Where is Aapravasi Ghat | Where is Map
Skip to content 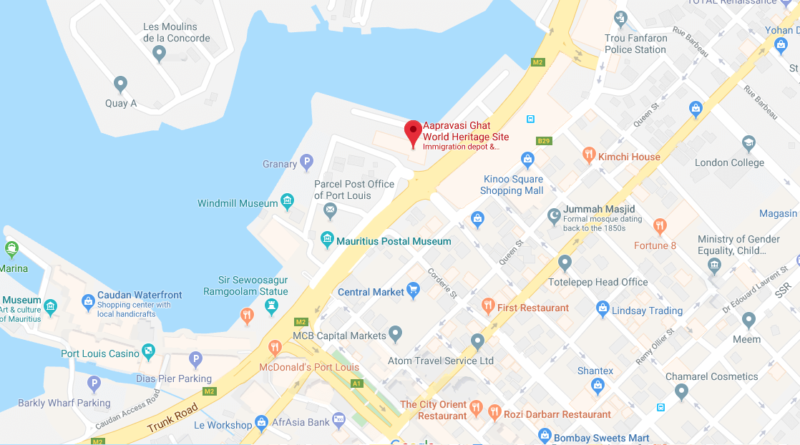 The buildings of Aapravasi Ghat – the entrance portal to the warehouse of contract workers, their accommodation, washing facilities and toilets , but also the quay facilities of Port Louis-bear witness to an early globalization of the economy. Between 1834 and 1920, 450000 “contract workers” set their feet on the island of Mauritius.

What seems quite straightforward with the term contract worker was in essence a kind of debt bondage, but the recruited had to commit themselves to work for a certain time at a plantation owner against salary, accommodation and food. Thus, the Indian workers who came from the country were not free to choose their job.

The complete travel report for this photo can be found in our article “The Church of Cap Malheureux & the capital of Port Louis (Mauritius)”. We are Sandra and Michael from Darmstadt – commuters between full-time jobs and 30 vacation days per year. There’s a lot of wanderlust in between. And that’s why it keeps pulling us out into the far or near World. Since our 2015 World trip, we have traveled through more than 60 countries on all 5 continents in our smaller and larger holidays and have been blogging with passion about our countless adventures and experiences.