Slovakia Map and Map of Slovakia, Slovakia on Map | Where is Map
Skip to content 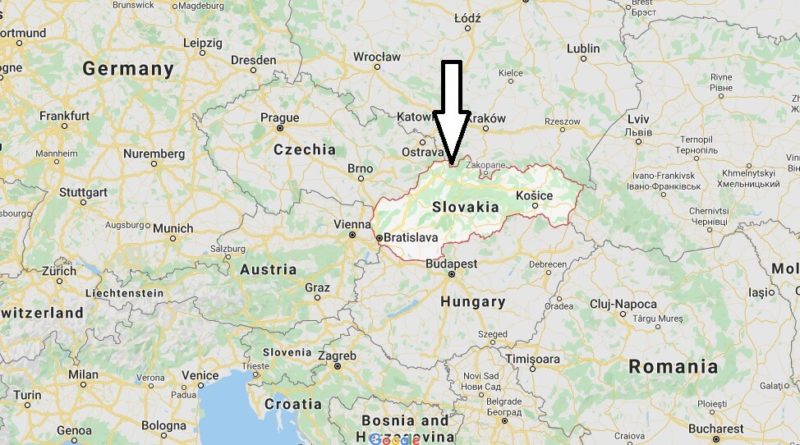 Slovakia or Slovak Republic is a small country in the heart of central Europe, joined by its neighbours by the Danube River. It is bordered to the northwest by the Czech Republic, to the north by Poland, to the East by Ukraine, to the South by Hungary and to the southwest by Austria. The Carpathian Mountains dominate the northern half of the country.

The mountains called Altos Tatra, a popular destination for mountain sports, are the highest mountain in the country, the 2655 m high Gerlachovsky mountain. The Danubian plain is a fertile agricultural region planted with wheat, barley, potatoes, sugar beet, fruit trees, tobacco and vineyards. Its history is the story of an important crossover of different cultures.

The Slovaks arrived in central Europe at the beginning of the 6th century, but it was not until January 1993, with the split of Czechoslovakia, that they formed an independent state. Despite this, the slovaks preserved their language, their customs, their foods, etc, The folklore of slovakia is very rich, there are outdoor festivals from spring until autumn. In 2004 entered the European Union.

Where is Slovakia located?

Where is Slovakia on a world map?

What do you call a person from Slovakia?

Where in Europe is Slovakia located?
Do US citizens need visa for Slovakia?

Is Czech Republic in EU?