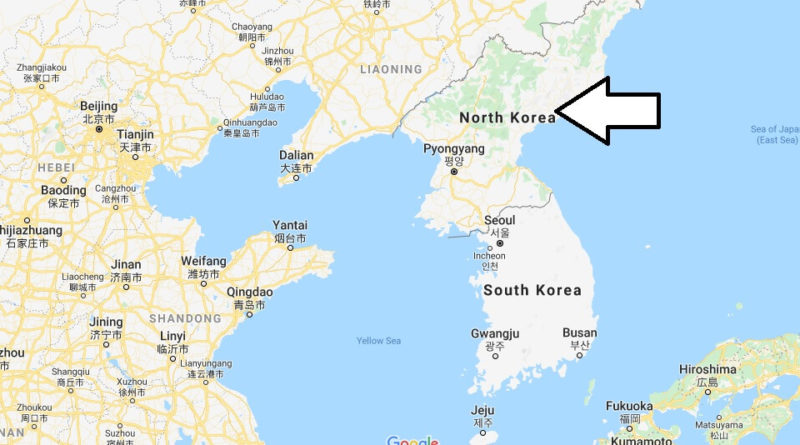 North Korea. The Democratic People’s Republic of Korea (Korean: Choson Minjujuui Inmin Konghwaguk), colloquially called North Korea to distinguish it from South Korea, is an East Asian country. Located in East Asia, in the northern part of the Korean peninsula, between the sea of Japan to the East and the Yellow Sea To The West, it borders to the North with China and Russia and to the South, with South Korea, on a strip —the 38th parallel— fixed in 1953 in an armistice that, being a temporary cessation of hostilities and not an end to war, does not make the area an official border (at least in theory).