Flag of Comoros | Where is Map
Skip to content 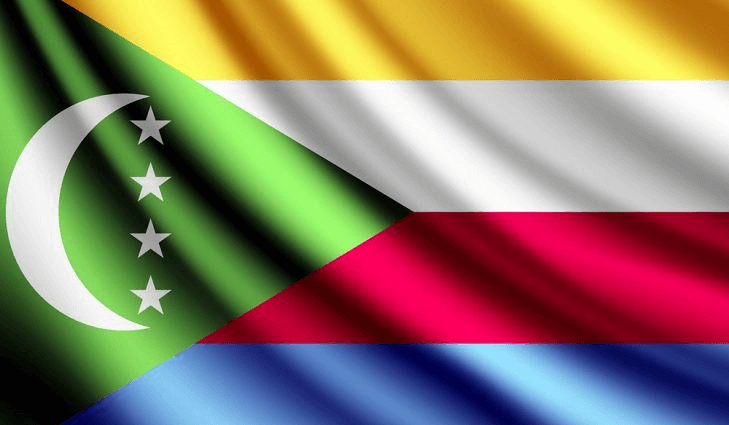 The Comoros is a group of islands located in the Indian Ocean, north of the Mozambique Channel, on a North-West-South-East line between the coast of Africa and the northern tip of Madagascar.
The four main islands of the Comoros archipelago are Mayotte, Anjouan, Hinzouan, or lohanna, Mohil, Moheli or Mohilla (the smallest) and Angazidjia, also called La Grande Comore. With the exception of Mayotte, now the Overseas Territory of France, the others have formed an independent state since 1975.