Flag of Cape Verde | Where is Map
Skip to content 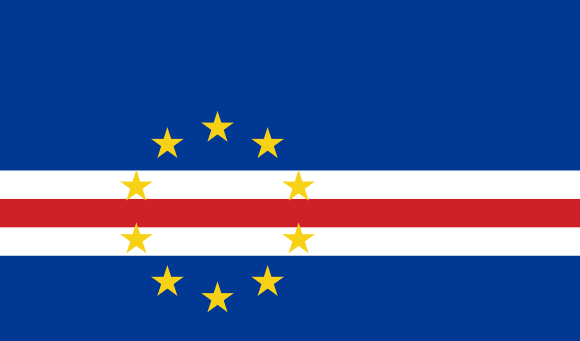 The islands of Cape Verde (Ilhas do Cabo Verde), independent of Portugal since July 5, 1975, are a group of islands in West Africa, consisting of fourteen islands, with a total area of 4,033 km2, with a population of 420,979 inhabitants (2006) for the ten main islands, the others being uninhabited.

They were discovered in 1460 by Cadamosto. They are located about 750 kilometres west of Cape Verde. They are arranged into two groups called the leeward Islands (Ilhas de Barlavento) and leeward Islands (Ilhas de Sotovento) : the first includes the islands of Santo Antão, São Vicente, Santa Luzia, São Nicolão, and the islets named Ilheu Branco, and Ilheu Razo; the second is formed of the Islands do Sal, Bõavista, Maio, Sao Thiago and Fogo, with the Ilheos Seccos and the small island of Brava.