Flag of Canada | Where is Map
Skip to content 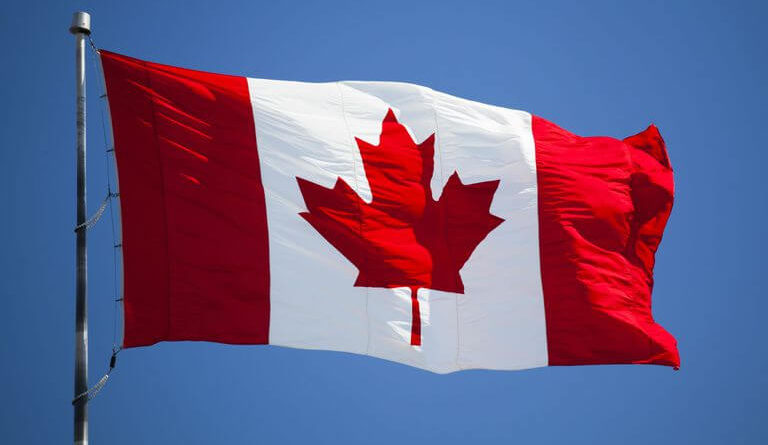 The name Canada was first given to the only Basin of the St. Lawrence River colonized by the French in the 17th century and conquered by the English in the 18th century.

The name was later extended to the entire state of northern North America (except Alaska, which belongs to the United States). The origin of the word Canada remains very uncertain. The most unusual and fanciful explanations have been imagined in this respect.

Aca nada ( = here nothing!), would thus have cried out Spaniards who had searched vainly for gold mines on the shores of the Gulf of St. Lawrence. According to Father Lacombe, this name was derived from the fact that the Crees Indians used the word Kanata, meaning without reason, continually, and the early explorers believed that they were referring to their country in this way…