Flag of Bangladesh | Where is Map
Skip to content 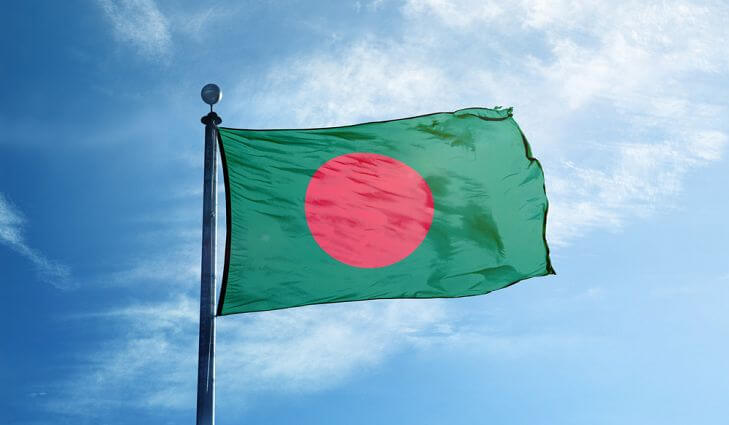 Bangladesh is a southern state in Asia, bordering the Bay of Bengal and bordering on India, which covers much of it, and Burma.

It is the former East Bengal and, between 1947 and 1971, the former East Pakistan. It is a parliamentary democracy, independent of Pakistan since 1971, with six administrative divisions: Barisal, Chittagong, Dhaka, Khulna, Rajshahi, Sylhet. The capital is Dhaka (Dhaka). Other major cities : Narayanganj (in the Dhaka metropolitan area), Chittagong, Khulna, Rajshahi and Mymensingh. The total population is 156 million (2009).